Steve Coffman
PDF
Conference article
Libraries account for about 7 % of the total information market, which in terms of quantity makes them a significant part of this market. The roles they have been performing for centuries and for which they have been paid tremendous amounts of money, are in this modern world put under question. Nevertheless, the predictions that had been made about the slow extinction of print were proven false. On the contrary, the evidence suggests that more books are being published now than at any time before the advent of the Internet, and libraries are busier than ever. Search engines (e.g. Google) are quite a challenge and they attract more users than library catalogues. Also online bookstores, which are much better at presenting their content to customers, have been successfully competing with libraries. The latter, however, may keep a leading role if they focus on what they do best and stop doing things that others do better. In any case, libraries have to embrace the World Wide Web as a tool without which they cannot fight for customers’ attention. While search engines have proved to be more effective with reference activities, linking of publishers with online bookstores turned out to be more successful in basic cataloguing. By linking all of their catalogues, libraries have to make their collections containing billions of titles accessible, and redirect their professional resources into the task of subject cataloguing the wealth of knowledge that lies hidden between the covers. It is vital to digitise as many materials as possible, and with improved knowledge organisation make them more easily usable and more widely available. Combining irreplaceable tradition of preserving the recorded knowledge in the world with effective use of ICT tools, libraries can set up an information system (Bookle) which will give them an undisputable advantage over their competitors in the information marketplace. 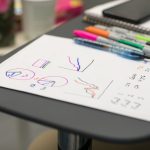 COBIB.SI: increment of bibliographic records in 2020

Information organization and cataloguing: the basis of information professionals education 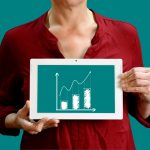 COBIB.SI: increment of bibliographic records in 2019 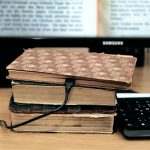 Digital humanities: a whim or a (bibliographical) routine? 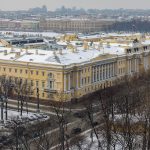