IZUM as a UNESCO Regional Centre

Davor Šoštarič
PDF
Professional article
At its 36th General Assembly in November 2011, UNESCO adopted the decision to grant IZUM the status of a category 2 centre. One year later, the Agreement between the United Nations Educational, Scientific and Cultural Organization (UNESCO) and the Republic of Slovenia was signed in Paris, specifying and defining IZUM's functions as a regional category 2 centre under the auspices of UNESCO. The most significant events and our reflections after three years of performing this function are presented. 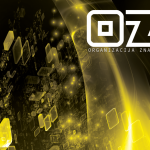