Tvrtko-Matija Šercar
PDF
Professional article
A profession is, above all, defined by the work it performs in the social division of labour. The traditional profession of a librarian has no monopoly on the work carried out by a digital librarian. The profession of a digital librarian has little in common with the traditional profession of a librarian. It is actually a new profession, for which no expression has yet been created, it is even not quite clear how specialization within this profession will develop. Thus, the terms digital book, digital library and digital librarian are only metaphors, which are commonly used for new entities, which came into existence after the appearance of the Internet (1990) and the World Wide Web (1995). They will be used until more suitable expressions, which will terminologically define the differences between traditional books printed on paper and the new entities, as well as between the old and new professions, are created. Due to the use of the metaphors, differences mentioned above are even less clear and numerous practising librarians are, and will be, misled into thinking in the old way, as if only varieties of traditional books printed on paper and physical libraries, in which they work, are referred to. The word book is a suitable expression only for publications printed on paper and the word library only for institutions for collecting, storing and processing of physical library materials, for reference services intended for users as well as a physical place where these materials and reference services are used and where people socialise. As institutions, libraries represent a technological and organisational invention of methods for collecting library materials with the purpose of storing and using them in an optimum way. Libraries have researched, applied and also developed numerous technologies to optimise the above-mentioned functions. In the 20th century, the development of these technologies initially resulted in the automation of library functions as well as in online integrated library systems, and eventually also in the development of a virtual electronic library (VEL) and the forecast of the virtual reality technology library (VRTL). Our starting point is that predictions of development are not to be based on technologies that are not known to be possible. VEL is a paradigm of a library dealing with data, information and knowledge in an electronic form; essentially, in this case knowledge is still encoded using writings – similarly to materials printed on paper which are dealt with by traditional libraries (TL). VEL is also referred to as a library without walls. VRTL as a library without books is, as a matter of fact, a precognitive system, which no longer deals with knowledge recorded in writings, but is based on a computer-generated imitation of the real world, using artificial forms, which seem real to the user, and on a computer-generated virtual area which is, according to natural laws, impossible. VRTL no longer refers to the paradigm of a library as a technology of collecting knowledge recorded on objects that do not change when used. As different materials are dealt with, the new paradigm cannot replace the old one; therefore, the existence of a plurality of complementary paradigms of libraries, with a more or less peaceful coexistence between traditional libraries for materials printed on paper, a library without walls for materials in an electronic form and a library without books for visualized three-dimensional materials in the form of virtual reality which change in interaction with man, is to be expected. VRTL is a child of information and computer sciences. It will be worked on by information scientists and VR research scientists as well as by producers of the contents for the applications in the virtual reality technology. Our attention is focused on the library without books which is, technologically, the latest generation of libraries; therefore, our objective has been to select the contributions, from J. G. Kemeny to L. H. Seiler and T. T. Surprenant, which deal with the historical, theoretical, terminological and technological aspects of VRTL and reflect the plurality of understanding a library without books. 17 contributions have been selected. 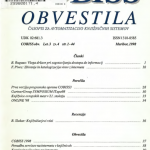 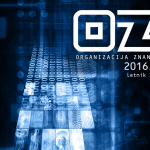 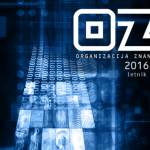 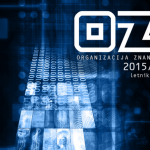 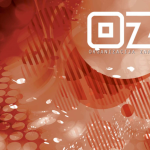